Back to Home
Type A1
Type A2
Type B1
Type B2
Other helpful links
Latest from the Community
NEW POST

A Foreigner’s Complete Guide - Buying a Property in Malaysia
Thank you! Your submission has been received!
Oops! Something went wrong while submitting the form.
See other Community Posts 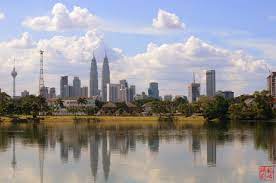 A Brief History of Ampang

Ampang is located just outside the Golden Triangle  but remains an important commercial and entertainment section of Kuala Lumpur (KL). The location for the parts of Ampang adjoins Selangor State.

To better understand the Ampang region as a whole, it pays to learn about the history of the people, both locals and foreigners, living in the area who have shaped the culture of the community to what it is today. The glorious city of KL that we Malaysians are proud of, would not come to fruition without the help of the district of Ampang.

Raja Abdullah, the first Ruler in the District of Klang, brought along a group of 87 Chinese workers to prospect the area for tin mining. Sadly, 69 of them died within a month due to malaria, with  150 more  sent to excavate the land. Soon, there were fewer deaths, and the first tin was exported in 1859.

With that came the booming tin mining industry, which funded the development of the KL region. There was rapid growth, which gave birth to prominent leaders such as the famous "Kapitan Cina", Yap Ah Loy.

A dam was  constructed, stretching over from Bukit Belacan to a town area known as Ampang Point. The Malay term for dam "empang" was mispronounced as "Ampang" by the Chinese tin miners, so much so that it became the official name of the region itself.

Ampang has had its fair share of violence as well. The Malayan Communist Party took over the region for 14 days during the end of World War 2. Within the period, Bukit Belacan was the site used to decapitate the heads of Japanese sympathisers and followers. However, with the leadership and wisdom amongst the community leaders, dribbling down to the Malay and Chinese communities during the 13th May riots in 1969, Ampang eventually got excluded from the riots.

Running through Kuala Lumpur City Centre (KLCC), Jalan Ampang is probably one of the most famous and busiest roads in KL. Lining on both sides are prominent business towers, embassies, celebrated hotels, shopping malls, and not to forget our national icon, the Petronas Twin Towers.

Ampang Point is where Jalan Ampang gets divided into two. Initially, under Selangor jurisdiction, the Ampang district was split in 1974 following the declaration of KL as a Federal Territory.

The west of Ampang Point (also known as Ampang Hilir) is under the purview of Kuala Lumpur City Hall (DBKL), while the east is under the ambit of Ampang Jaya Municipal Council (MPAJ).

A bare ten minutes away from KLCC, the streets of Ampang are relatively safe and peaceful, with many expats, foreigners and wealthy locals opting for high security gated communities such as UKay Heights and Kampung Warisan (an older development modelled after a resort-style living with lush greenery all around).

Several pockets of large lakes spread across the region, a relic of the past from the tin-mining days.

Over to the West, nature has taken centre stage with plenty of greenery in the area. Highlights include the Saga Hill and the Ampang Recreational Forest, a great weekend getaway for young couples and families. In the North is Zoo Negara Malaysia, managed by the Malaysian Zoological Society and home to more than 5,000 animals from 476 different species.

Pre-war buildings line up alongside the famous Ampang Road, renovated and modernised to suit the 21st-century lifestyle. Being no stranger to art and culture, The National Art Gallery is located in the DBKL downtown area. Then there is the Istana Budaya, Malaysia's cultural centre, where performances and theatres are often held.

Ampang's location is unmatched. It has unparalleled access, from  the city's finest shopping, dining and entertainment spots or leading international five-star hotels in and around KLCC,  all the way to Jalan Sultan Ismail and Jalan Ampang. Even closer for residents there are the MiCasa All-Suite Hotel, the Royal Selangor Golf Club, and Raintree Club. Moreover, necessary facilities like medical centres are all within a 10 to 15 minutes reach; for instance, the Gleneagles Hospital KL, KPJ Ampang Puteri Specialist and HSC Medical Centres, and the KL International Dental Centre. Additionally, private and international educational facilities like the British curriculum-based Sayfol and Fairview International schools and the non-profit, parent-governed school accredited in the United States, the International School of Kuala Lumpur (ISKL), are mere minutes away.

Serving all your grocery needs are the ever-popular Hock Choon Supermarket and Great Eastern Mall. Multiple restaurants and cafes are scattered, making giving both locals and foreigners folks here spoilt for choices. Some highlights as follows:

Banks and other amenities are also conveniently located along Jalan Tun Razak and Jalan Ampang, a short drive away.

This key location within the city limits itself is served mainly by Jalan Ampang. However, it is also accessible via Jalan U Thant, Jalan Kia Peng and Jalan Tun Razak. Traffic may be a concern during peak hours, usually backed up on Jalan Ampang Hilir, Jalan Ampang and Jalan Tun Razak. Nonetheless, its convenient location allows for easy access due to the availability of several connecting highways, namely the AKLEH (Ampang-KL Elevated Highway), SMART (Stormwater Management and Road Tunnel (SMART) Expressway and Duta-Ulu Klang Expressway (DUKE).

Bukit Bintang and Pavilion are a 10-minute drive away, while it only takes up to 20 minutes to get to Bangsar, Bukit Damansara and Mont'Kiara. In terms of public transportation, the Dato Keramat and Ampang Park LRT stations are not too far away, and for further convenience, the KLCC LRT station stops within the shopping mall itself.

Ampang properties tend to enjoy good capital appreciation and rental yields, primarily due to proximity to KL city, which attracts abundant local and international investors. Rental yields in Ampang are higher than in many other Klang Valley neighbourhoods due to an active expatriate rental market as it houses numerous embassies representing many countries. Based on a past report by The Sun Daily, the rental yield for Ampang stood at 4.8%, the median at RM387,500.

Development in Ampang is still rampant, with many developers vying for space to build their projects, with profit almost guaranteed from any property development in the area. Ampang is a favourite of property investors, both locals and foreigners, as the prices of homes here have never failed before, no matter the economy.

Rimbun is the flagship project of Amphil Corporation Sdn Bhd, which embodies their passion and philosophy of building well-designed green homes with unique features that will generate excellent investment value. It results from the close collaborative work between Amphil and a team of innovative, reputable and committed technical consultants who have decades of experience in a whole range of luxury projects.